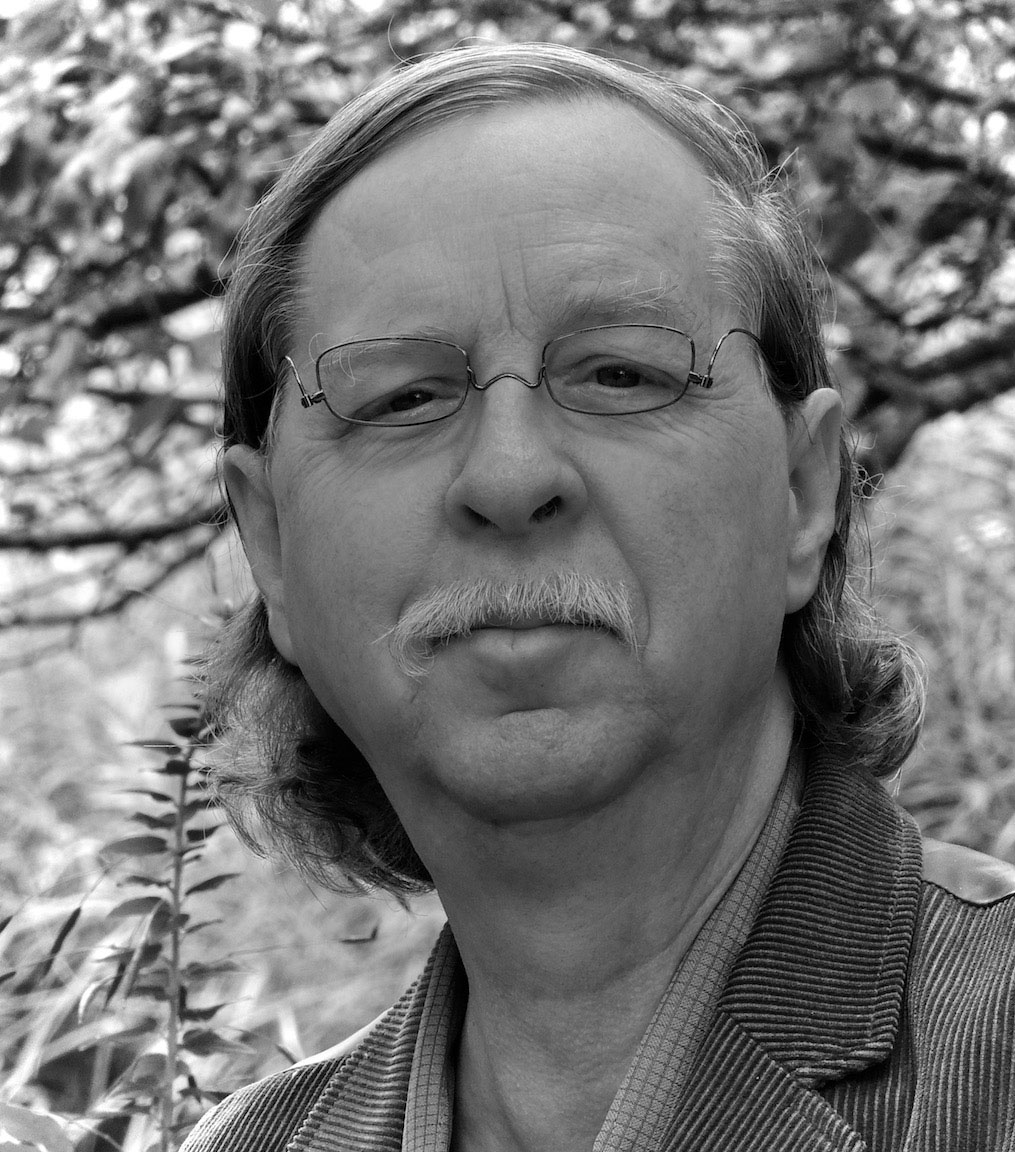 Gordon Stout is Professor Emeritus at the School of Music, Ithaca College, Ithaca, N.Y., where he taught from 1980 through 2019. A composer as well as percussionist who specializes on marimba, he has studied composition with Joseph Schwantner, Samuel Adler and Warren Benson, and percussion with James Salmon and John Beck.

Many of his compositions for marimba are published, and have already become standard repertoire for marimbists world-wide. A frequent lecture-recitalist for the Percussive Arts Society, he has appeared at more than a dozen International PAS Conventions to date as featured marimbist, as well as throughout the United States and Canada, Europe, Japan, Taiwan, Thailand, Singapore, Hungary, Bulgaria, Mexico, Denmark, Puerto Rico, Italy, Greece, and Spain.. In May of 1983 he performed clinics and recitals in France, Germany, Holland and Belgium with “transcendental virtuosity” being described as “the Rubinstein of all aspects of the marimba”.

Gordon has been on the Jury of seven different international marimba competitions. On new years day in 2006 he conducted a 100 person marimba orchestra in the National Concert Hall in Taipei, Taiwan as part of the Taiwan International Percussion Convention. His composition “New York Triptych” for marimba orchestra, was commissioned by and written for the 50th anniversary celebration of the Percussive Arts Society, premiered at PASIC 2011 in Indianapolis, IN. He has also conducted marimba orchestras in Australia, Croatia, and throughout the United States. Most recently he conducted a marimba orchestra of 75 persons on 120 marimbas at Kutztown University in PA in November of 2015.

Gordon was inducted into the Percussive Arts Society Hall of Fame in November of 2012. Gordon Stout owns and plays a marimba manufactured by DeMorrow Instruments (www.demorrowinstruments.com). In 2019 his newest venture was launched: G&C Music, which will be the new home of Full Circle Publications and StoutWorks. 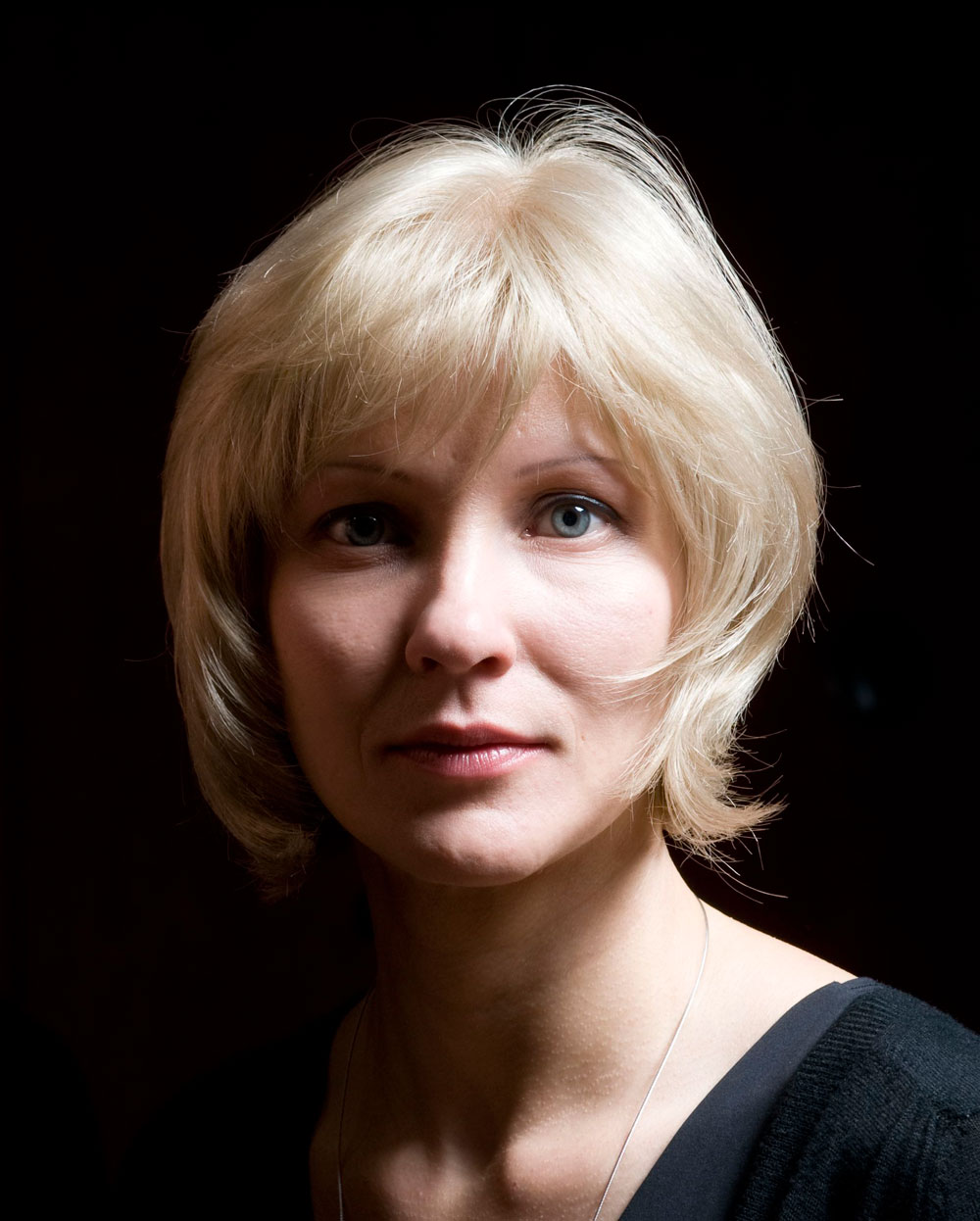 It was her outstanding musical qualities which led the jury of the ARD contest in Munich to honour Marta Klimasara with the first prize in the percussions discipline in the autumn of 2001. The Polish musician, who also won the – all time first – prize of the public this year, is endowed not only with winning charm and personality but also with great artistic sensitivity and polyvalence: she masters the soft, sometimes even intimate sound of the marimba with as much assurance as all the other challenges of the manifold percussion instrumentary with its almost endless arrangement possibilities.

It was by no means clear from the beginning that Marta Klimasara would become a percussionist: a piano student in her home town of Sosnowiec, she took up percussions at the age of twelve and was rewarded, four years later and whilst studying under Krzystof Jaguszewski, with several national prizes; she soon started on a solo career with the Silesian Philharmony in Kattowitz. To pursue her studies under professor Klaus Treßelt at the Staatliche Hochschule für Musik und Darstellende Kunst in Stuttgart she moved to Germany in 1994 and has since been living in the capital of Baden-Württemberg. In 2004 she became professor at the Hochschule für Musik und Darstellende Kunst Stuttgart.

Today Marta Klimasara is a highly acknowledged percussionist, famed also outside the borders of her new home; her international renown rests not only on her tournées in France, Sweden, Japan and South Africa but also on her many successes in international contests. Before winning the ARD contest – one of the most famed competitions in its field – she had already been awarded the first prize in the »2nd World Marimba Competition« in Japan in 1999 as well as the second prize in the »3rd Krzystof Penderecki International Competition of Contemporary Music« in Krakow. The young artist holds scholarships from the Yamaha Music Foundation of Europe and the Kunststiftung Baden-Württemberg and was commended by the European Cultural Foundation in Strasburg for her outstanding musical and artistic personality. 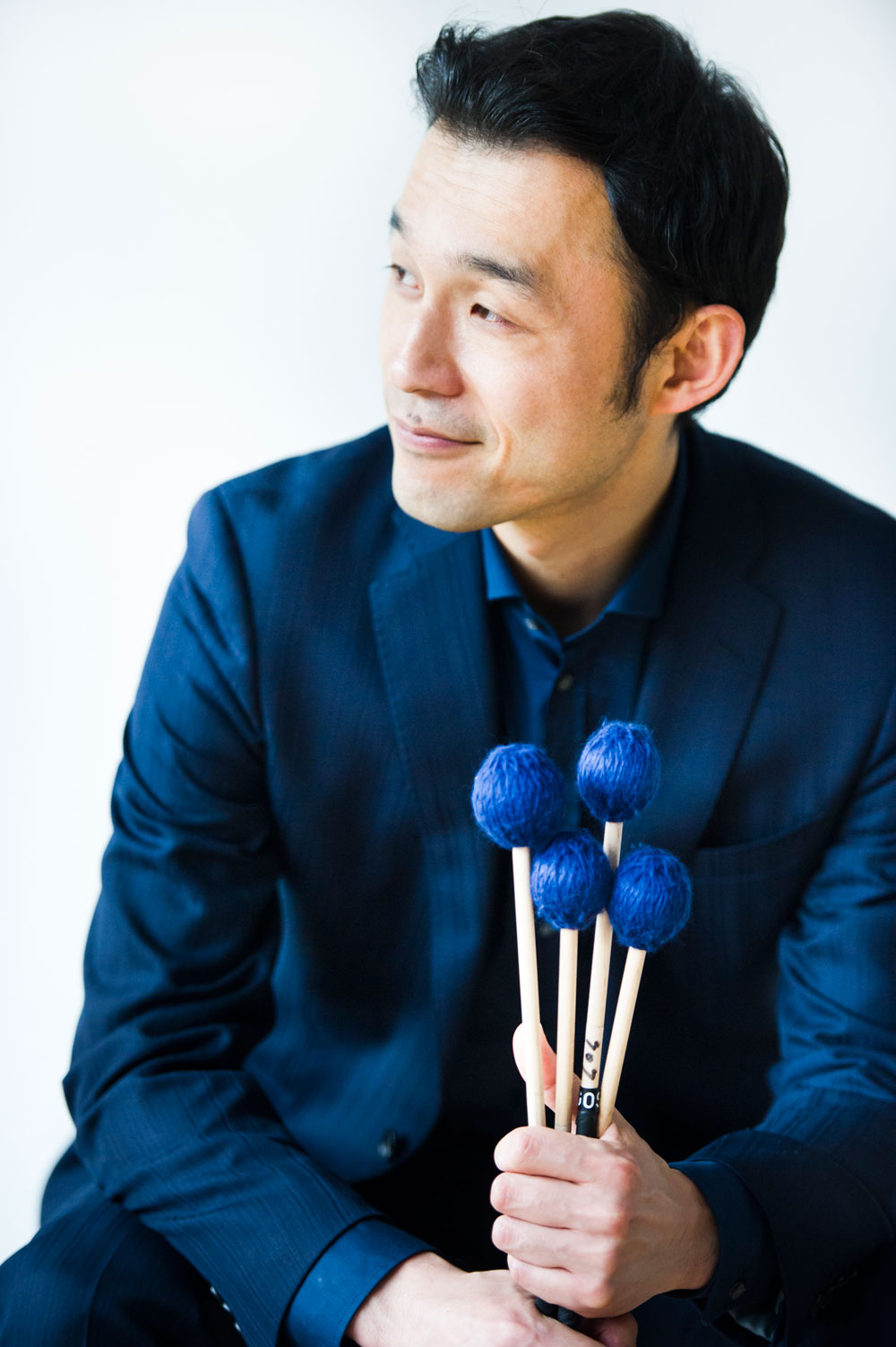 Fumito Nunoya Marimbist Fumito Nunoya is gaining recognition internationally as one of today’s leading marimbists. Born in Odate, Japan (a small city in Akita Prefecture), he currently lives in Kreis Herford, Germany. He actively performs in Germany and Japan as Adams Marimba Artist. An interview with Nunoya was the cover story of the May 2012 issue of Percussive Notes magazine. He has been described as “magnetic … impressive” (Houston Chronicle) and “agile and terrifically talented” (Boston Herald). His repertoire includes a range of solo and chamber works for marimba, as well as adaptations of Bach, Piazzolla, Japanese folk music, Ennio Morricone and more.

His solo marimba CD Red Dragonfly was called a “monumental CD” (Percussive Notes) and “an example of artistic music making at its highest level” (PAS—Florida Chapter newsletter). His second CD “The Sower,” in which he focused on Japanese pieces, was released in August 2013 from Octavia Records, Japan. In August 2016, Mr. Nunoya released two CDs (“Piazzolla on Marimba” and “Classics on Marimba”) from Oehms Classics, and the both CDs received special commendation awards from Record Geijutsu Magazine in Japan. In February 2019, he has relearsed his 5th CD “Concertos on Marimba,” which received “Gouden Label” awards from Klassiek Centraal Belgium and 5 Stars on BBC Music Magazine.

Fumito Nunoya began playing the piano at age seven, and marimba and other percussion at age thirteen. He graduated from Yamagata University (Japan) with a degree in Music Education, and Master of Music and Artist Diploma degrees in marimba performance from The Boston Conservatory (USA). He was the first marimba (or percussion) major in the school’s history to receive the later distinction (on full scholarship).

His teachers include marimbists Nancy Zeltsman and Nanae Mimura, and percussionists Patrick Hollenbeck and Tomoyuki Okada. In addition, he studied the marimba with pianists including Dr. Karl Paulnack, Professor Etsuko Okazaki and Kiyomi Takeda who also deeply influenced his music making. Mr. Nunoya has taught marimba at the Hochshule für Musik Detmold in Germany since 2009 and taught the marimba at Kyoto City University of Arts in Japan from 2015 until 2018. In September 2015, he was appointed as a sightseeing ambassador of Odate, his hometown.

Maki Takafuji studied at Royal Academy of Music, London and finished Advanced Course earning Diploma with Merit. She graduated from Nagoya College of Music with BA degree in music. While she was in the college she performed several recitals. She has worked as duo partner with Keiko Abe, Katarzyna Myćka . She also performed with Pedro Carneiro, Kunihiko Komori, Shoko Sakai (Marimba) Richard Stoltzman (Clarinet), Steve Gadd (Drums) and Eddie Gomez (Bass).

Maki gave recitals in Tokyo (Casals Hall), Nagoya and other cities throughout Japan. She premiered “Nagoya Marimbas” composed by Steve Reich. Besides recitals she performed concertos with Japanese leading Orchestras. She passed the audition for the You Tube Symphony Orchestra 2009 hosted by Google, and performed at the Carnegie hall in New York. This audition attracted over three thousand applicants from seventy countries.

Maki studied marimba with Eiichi Asabuki, Collin Boyle and Yukie Kurihara, percussion with Nicholas Cole, and Timpani with Kurt Hans Goedicke. Currantly, She is appointed to the associate professor of marimba at Nagoya College of Music. 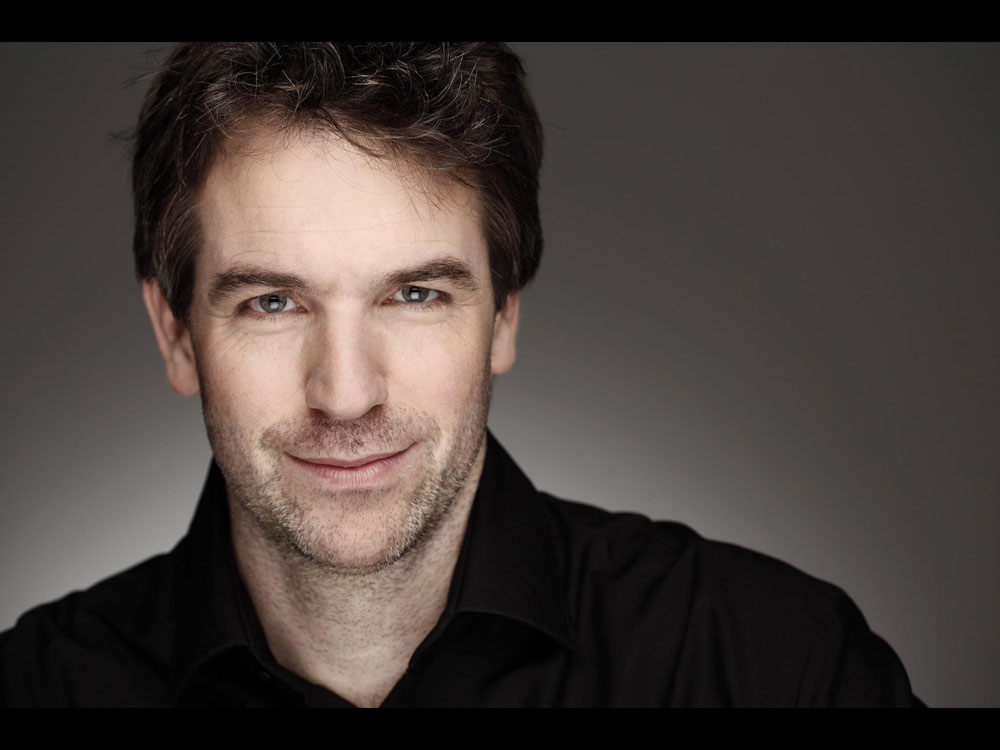 Raphael Christen His flawless technique and his heartfelt musicality make him a world-class marimbist: today Raphael Christen can be described as one of the most versatile masters of his instrument. His concert activities underscore this: Raphael Christen is internationally amongst the very busiest marimbists. He is a solo musician, chamber musician, orchestra musician and guest soloist in a multitude of ensembles and formations. Raphael Christen concluded percussion studies with Erwin Bucher at the Lucerne University of Applied Sciences and Arts with distinction (major subject maximum mark 6.0) in 1994. In addition, he attended marimbaphone master’s courses with well-known marimbists (amongst others: Nebojsa Jovan Zivkovic, David Brown) and with percussionist Pierre Favre. For two years he studied at the Toho School of Music in Tokyo under the auspices of world-famous marimbist Keiko Abe. He subsequently studied baroque music with Peter Solomon at the Lucerne University of Applied Sciences and Arts. The musician and music docent says the following about Raphael Christen: “With great success he has understood how to constantly redefine the limits of his instrument and to develop a new repertoire.”

Appearances led him, amongst other things, to the Lucerne Culture & Congress Centre Salle Blanche, the Stravinsky Auditorium in Montreux, the Hercules Hall in Munich and to Luxembourg, Dubai or Japan.Current formations in the realm of chamber music are the Duo Synthesis and the QuaDrums percussion quartet. Synthesis combines marimba and euphonium (played by world-class musician Thomas Rüedi) into a unique duo sound. In the QuaDrums Ensemble, Raphael Christen and three other percussionists impress the audience with a breathtaking mixture of multicultural folklore and contemporary percussion music.In recent years, about 30 live recordings with Raphael Christen have been published on CDs and have also been broadcast in productions for radio and television.The solo CD “Dances With Marimba”» (2000), the album “Folk Songs” by the QuaDrums Ensemble (2002) and the album “Synthesis” by the duo of the same name (2006) are particularly noteworthy.

Raphael Christen also proves his versatility as docent and teacher. Amongst other things, he successfully teaches at music academies and gives master’s courses for marimbaphone.

Dario Savron has performed as soloist in Europe, Argentina, USA, Canada, Australia, and with chamber groups and orchestras among which we remember the Royal Concertgebouw of Amsterdam, the Radio Chamber Orchestra of Holland (conducted by P.Eötwös), the Arena of Verona, Opera House of Rome, the Divertimento Ensemble (working also with G.Kurtag), Ex Novo Ensemble, etc…He won several international and national music competitions and has made several recordings (e.g. for radio-Tv programmes for R.A.I. – Italian National Radio and Television, etc…).During his concerts he premiered several pieces (world and national premieres) by well known composers (U.Chin, F.Donatoni, I.Fedele, F.Nieder, S.Sciarrino, A.Solbiati…).

He is also active as a composer, and his compositions were performed in several venues and festivals in Europe (among others, at La Fenice Theatre in Venice, Auditorium Il Sole 24 Ore in Milan, International Biennale of Contemporary music in Koper – SLO…), Canada, USA, and performed by soloists and ensembles such as the OENM Salzburg. His music is published by Nuova Stradivarius, Milano. He also composed and recorded music for documentary film.

Dario Savron is often invited as jury member in International Competitions and he has been teaching many master classes at Universities and Conservatories in Europe, Australia, Canada, and in the USA. He taught in several Conservatories and he is currently Professor of Percussion at the Conservatory “N.Piccinni” in Bari, Italy.

Slawomir Mscisz, born in Poland’s southeastern town of Przeworsk, received his first drums and marimba training at the age of 16. He describes his studies as groundbreaking at the Conservatorium for music in Cracow in the class of Stanislaw Welanyk. After 1998 he continued the manifold training in the universities of Nuremberg, Würzburg and Amsterdam.Mscisz is the winner of the Penderecki competition in Krakow, the IHK competition and the Mozart competition in Nuremberg. As a soloist and chamber musician he participated in numerous festivals, such as: Stevens Marimba Competition and Festival – USA, Maggio Musicale de florention – Italy, new music Marathon – Prague, Melos Etos Festival – Bratislava.. His artistic career is reflected in the two CDs he played: Bach 2003 and Marimba Classica with the ensembles of the Marimba Festiva Association.

In recent years Slawomir Mscisz is dedicated to the pedagogical tasks. This includes, among other things, the participation in the project “Growing with music” in which the marimba children and adolescents are brought close to concertante form. Slawomir Mscisz is the initiator and founder of the international project „Marimba Festiva Association“ with the aim of firmly anchoring marimba in classical, cultural and concert life.